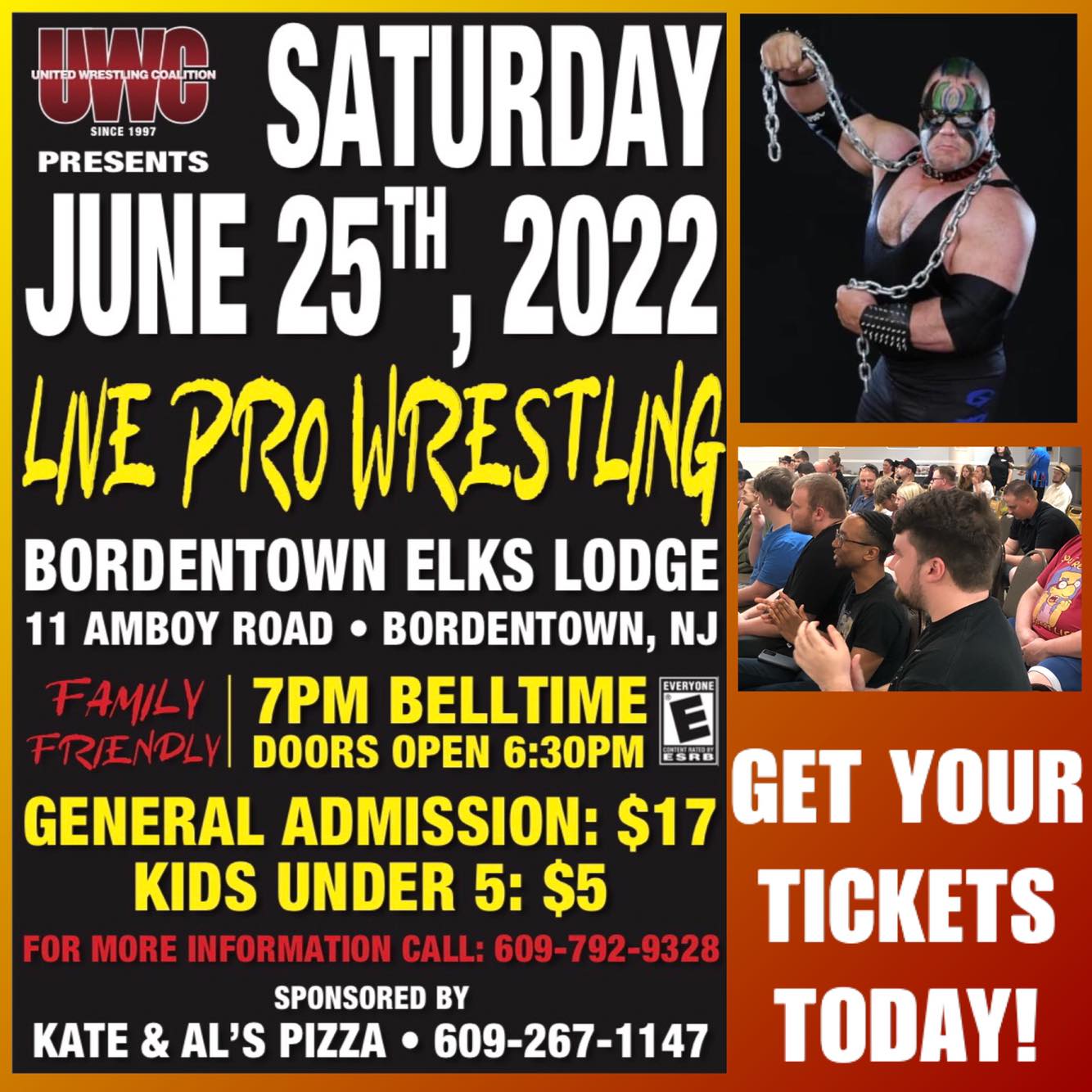 The United Wrestling Coalition returns to the lower banquet
hall of the Bordentown Elks Lodge in Bordentown, New Jersey
on Saturday, June 25, 2022 with an action-packed night of
live professional wrestling! Doors open at 6:30 with a 7:00
p.m. bell time. General admission is $17, and kids under 5
just $5. Visit the UWCafe for a variety of meal and snack
options during the event! For adults over 21, the bar will
be open.

Following a successful title defense against Flash Carter
last month, the UWC World Heavyweight Championship will be
on the line once again at the Bordentown Elks Lodge when
Lost Boy Kirby defends his title against a challenger to be
announced!

The UWC United States Championship will be up for grabs on
June 25 when "Il Capo Grande" Tony Chini defends his title
against one half of the UWC Tag Team Champions, The
Hollywood Hooligan! Will The Hollywood Hooligan leave
Bordentown with two belts, or will Tony Chini retain his
gold?